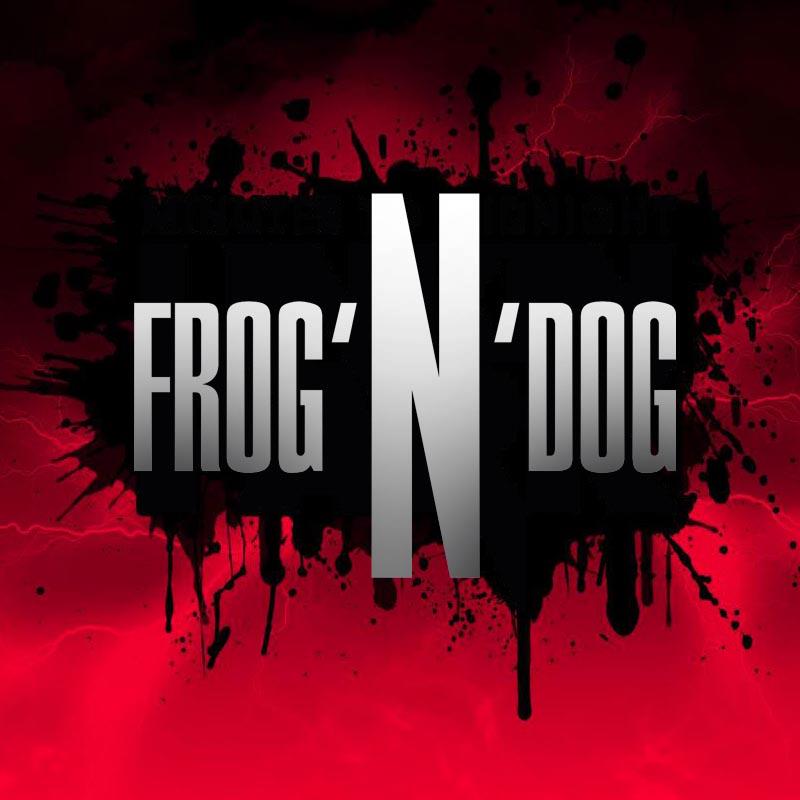 It’s been a long time since I have updated my site for various reasons.  One of the projects I have neglected is the album I worked on, what seems like a million years ago by the Polish rock band ‘Frog’n’Dog’.

For reasons such as life, health and that kind of bullshit, Frog’n’Dog split up at the end of last year. Genuinely, I had no idea what was going to become of the material we had worked on.  I was delighted when I saw that Marcin Kuchniak, the guitarist and ‘Dog’ of the band has shared the entire album on Soundcloud.

The album is almost entirely in Polish, aside from one of my songs, entitled ‘Seventh Circle’ which, you guessed it, you can listen to in full right here:

The best thing about Soundcloud as a medium is that not only can you listen to millions of songs free, but you can also download them.  There if any of you want the entire album you can get it here – Frog’n’Dog Entire Album

Now go forth, rock out, and bang your heads.

A few months ago I had an invitation to meet a singer who had just started recording a rock album with his band here in Poland.    All I knew was that he was looking for help to make an English album.  I was curious, but also apprehensive as I really didn’t have any idea what I was letting myself in for.  However the fire, the dream, the sheer minute possibility that it could happen was enough motivation to kick me up the arse and get me to meet him.  We ate, drank, talked, drank, talked and listened to his album.  Within thirty seconds of listening to the first song I had a big smile on my face.  After the third track I recall whispering to my fiancée one simple word, ‘fuck yes!’

Little did I know that the cantankerous old bastard that we call life would somehow contrive to throw up a million obstacles for a number of us that have been involved in the project.  I have since relocated to a quiet life in Amsterdam, gotten married and embraced baking, the gym and IKEA.  If embracing something is defined as swearing a great deal about it.  I had happily settled into my life as an expatriate housewife when rock came and knocked at my door once more.  It was the knock in the form of this video in my inbox.  Quite frankly, it blew me away.

This is the first of the English songs written by yours truly for Frog’n’Dog.  When Mariusz offered me the project he sent me away with a CD with a vocal line recorded and gave me free rein to feel in the gaps.  This song, ‘Seventh Circle’, jumped out at me like a flasher in a public park.  I wrote the text to the imagery the music provided for me.  The opening forty seconds of this song painted a picture inside my head that was too strong for me to ignore.  Now sit back, turn your volume up to maximum, press play and nod your head.  And if you like it, share it, as if your life depends on you.  Ladies and Gentlemen, this is Frog’n’Dog.

I have been quieter than a mouse with a throat infection as of late, as there really hasn’t been that much going on. However there have been some bits and pieces and that is reason enough to write a short post.

First up, on a personal note I am relieved to have finally passed my driving test.  I have spent most of the last week visiting family in England, which was strange considering I am now qualified to drive on the other side of the road. One of life’s little ironies I guess.

I would also like to give a special mention to one of my favourite places in England, Trentham Monkey Forest.  It is exactly what it says it is. A forest full of monkeys.  Seriously, is there anybody on earth who wouldn’t actually enjoy that?

On the subject of hedonistic pleasures, I finally got to see ‘Frog’n’Dog’ perform one of my songs live.  The song in question is entitled ‘Seventh Circle’ and is about Satan’s take on a number of recent conflicts.  It was a somewhat surreal experience, but one that I look forward to repeating.  All I can tell you about it is that the song is clearly awesome, and that you will have to wait a few more months to hear it.  Intrigued?  Then why not like  ‘Frog’n’Dog’ on Facebook to stay ahead of the crowd.

I also have a little news regarding everyone’s a certain book about old men and ninjas, namely.. if any of you out there would like to get a free copy of the ‘Existence Is Futile’ eBook, you will have a chance this coming Sunday. The ‘Shut Up & Read’ group on Goodreads will be giving away copies in exchange for reviews.  The best thing of all is that they don’t even have to be good ones ;P  All you have to do is log on to Goodreads (you can do that by linking your Facebook account) join the group, and keep your eyes open on Sunday when they post the link to ‘Existence Is Futile‘.  The whole process could not be simpler.

I can also happily announce that I have finished editing my next book (my solo part anyway).  I have given it to my must trusted eagle-eyed hyphenator-in-chief to give it the once over.  I have also submitted it to one publisher in the U.K. and am back to the business of waiting around and scratching my bottom and glancing nervously at my to-do list.  Until next time, be good.

When I turned thirty-two years old I believed that life had passed me by.  That most of my dreams were destined to remain unfulfilled, and that I had to somehow find a way to carry on regardless.  One of those dreams was a dream shared by millions of people who sing, dance and scream on this glorious ball of mud and molten lava which we call home.  And that dream is called rock and roll.

The biggest obstacle in the way of my dream was the fact that when I sing I sound like a hippopotamus giving birth on the banks of the Zambezi river, when I play the few chords on the guitar which I know the neighbourhood dogs start jumping from their balconies and when I break dance I, well, erm, break stuff.  The only thing which ever gave me any hope was my love for words.

A few months ago I had an invitation to meet a singer who had just started recording a rock album with his band here in Poland.    All I knew was that he was looking for help to make an English album.  I was curious, but also apprehensive as I really didn’t have any idea what I was letting myself in for.  However the fire, the dream, the sheer minute possibility that it could happen was enough motivation to kick me up the arse and get me to meet him.  We ate, drank, talked, drank, talked and listened to his album.  Within thirty seconds of listening to the first song I had a big smile on my face.  After the third track I recall whispering to my fiancée one simple word, ‘fuck yes!’

The band go by the name of ‘Frog’n’Dog’, which incidentally is the apt nicknames of the singer and the guitarist.  They are currently putting the finishing touches to their debut Polish album.  As far as the plan goes, in the summer they will record the English album, which they will release this coming autumn.  In the meantime they are starting to play gigs here in Poland before they set out to conquer Europe.

This is the beginning of a journey which I am absolutely delighted to be joining them on.  Never in my dreams did I ever expect that I would ever work with such a group of fantastic musicians on a project with amazing potential.  2013 in the chinese calendar is the year of ‘Frog’n’Dog’.  Don’t just take my word for it, check them out.

Why not listen to a fragment in polish?